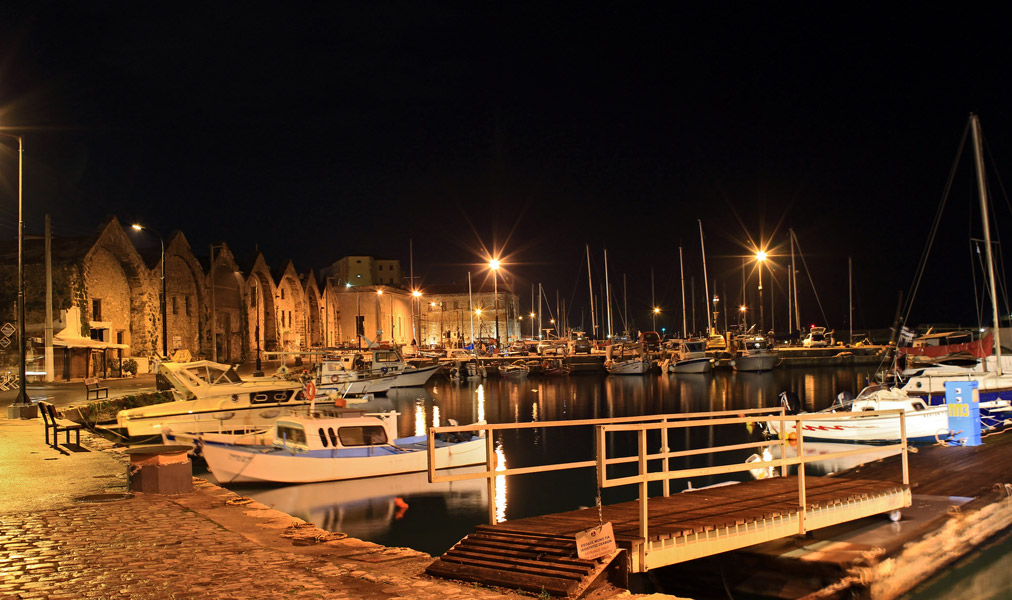 The old city of Chania is the central tourist area of the region of Chania. It is a very popular destination among foreign tourists as well as Greeks and that is a big reward for the city. Your stay in Chania is complete until you visit the old city and the Venetian harbor. There is something to see for every taste. Christian, Catholic churches, Muslim mosque, Jewish Synagogue, Venetian walls, the archaeological museum, the marine museum, and the landmark of the Venetian harbor, the Egyptian Lighthouse, despite its name, was built by the Venetians by the end of the 16th century.

Take your time to walk along the narrow alleys, to absorb the historic atmosphere that the area exudes, and become part of its bustling neighborhoods. Bear in mind that you will be tempted in numerous occasions, to purchase a colorful souvenir. The area is abundant with restaurants, bars, shops selling traditional products, souvenirs, clothes, accessories.

Adjacent to Chania’s old city, lays its famous closed market. Until the end of the 19th, century, the exact location marked the edge of the city, where local producers gathered outdoors to sell their products. Because of their poor conditions, the city decided to build a closed market, based on the design of the Marseille’s closed market. The works began in 1911, and unfortunately part of the modernization plans, was to demolish part of the Venetian walls.
Today it is a vibrant market, with established producers selling first class traditional goods. Once you enter the building, all your senses will come to life, especially your smell! Extra virgin oil, wine, herbs, cheese, honey, bread, meat, fish, vegetables, flowers and much more are found here. You will be pleasantly surprised to also discover traditional taverns and coffee shops.

Following the visit to the market, we can drive to the northern part of Chania’s peninsula. Another option is to visit the historical area of Halepa, with the old neoclassical mansions. This rich in history neighborhood is especially known for comprising the house of Eleftherios Venizelos, which is now open to public as a museum. Eleftherios Venizelos (1864-1936) was an eminent Greek leader of the Greek national liberation movement and a charismatic statesman of the early 20th century remembered for his promotion of liberal-democratic policies. He was elected several times as Prime Minister of Greece and had such profound influence on the internal and external affairs of Greece that he is credited with being “the maker of modern Greece”.
Heading forward, we can make a pit stop to Venizelos tomb, located within a beautiful park on the hills and enjoy the breathtaking view of the entire city.
If you want, we can also visit the biggest monastery of Crete, Agia Triada.

Tell us if you want to visit one of the beautiful beaches at the area of Akrotiri, such as Marathi, Loutraki, Stavros, where ever you prefer.

Don’t hesitate to ask us for a price quotation of this route and please include the number of passengers (up to 8).