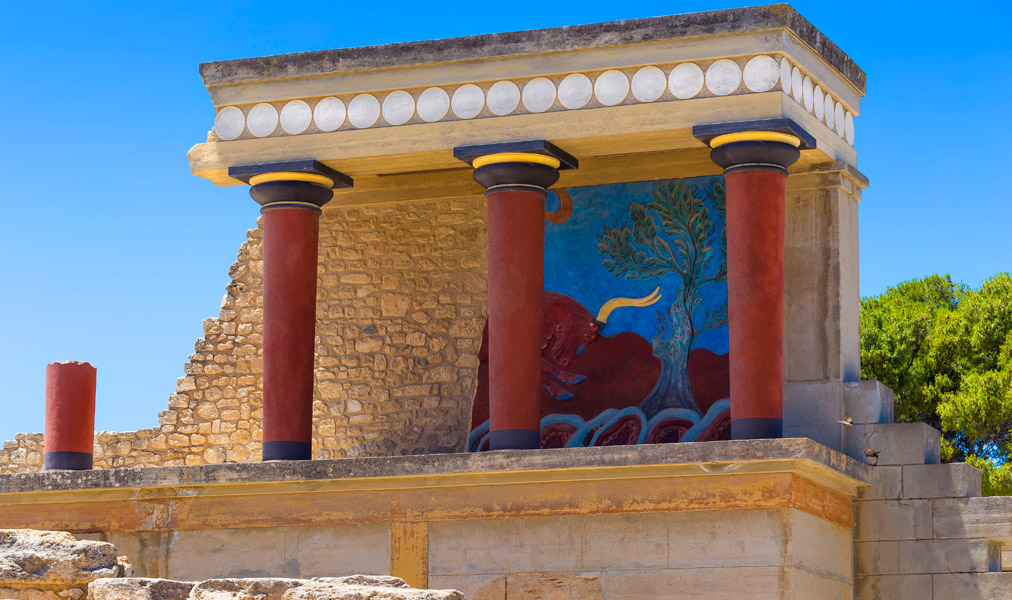 Knossos palace is the most famous archeological site in Crete and it is found on the outskirts of the city of Herakleion. It is also the largest Bronze Age archaeological site on Crete and is considered Europe’s oldest city.

The site was discovered in 1878 by Minos Kalokairinos, however the excavations in Knossos did not began before 1900 by the English archaeologist Sir Arthur Evans (1851-1941) and his team, and they continued tirelessly for 35 years. The palace was excavated and partially restored under the direction of Arthur Evans in the earliest years of the 20th century. Its size far exceeded his original expectations, as did the discovery of two ancient scripts, which he termed Linear A and Linear B, to distinguish their writing from the pictographs also present.

The palace of Knossos was undoubtedly the ceremonial and political center of the Minoan civilization and culture. It appears as a maze of workrooms, living spaces, and storerooms close to a central square. The intricate Palace is claimed by some to be the mythical labyrinth in which Theseus killed the Minotaure.

Other places you can visit during your stay in Herakleion, is the newly restored archaeological museum, rich with exhibits from the Knossos palace and other archaeological sites, the impressive aquarium, Aqua World and on our way back, we can stop at Rethymno city, to enjoy a nice lunch by the sea.

Don’t hesitate to ask us for a price quotation of Knossos tour from Chania and please include the number of passengers (up to 8).